The Debate on Warrantless Smartphone Searches 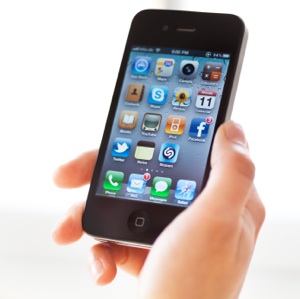 Mobile technology has ascended to new heights faster than ever before.  Recently, California Governor Jerry Brown vetoed Senate Bill 914 which would have made it illegal for police to search a person’s mobile device during an arrest without a warrant.  Smartphones particularly open a window to not only your calling list, but everything from your web browsing history, to social networks, to your email which makes them the perfect tool during an investigation.  Most smartphones keep you automatically logged into your accounts making it easy for anyone to access your data.

In January of this year, the California Supreme Court upheld a decision to make it lawful to search cell phones without a warrant.  Governor Brown returned his decision on Senate Bill 914 with the following statement:

This measure would overturn a California Supreme Court decision that
held that police officers can lawfully search the cell phones of
people who they arrest.

The courts are better suited to resolve the complex and case-specific
issues relating to constitutional search-and-seizures protections.*

There is a fine line with the ability for law enforcement to solve crime and what is deemed as an unlawful search and seizure in a technologically driven era.  The question always arises however, ‘How far is too far?’  The ACLU and the Electronic Frontier Foundation had this to say on the matter:

SB 914 ensures that law enforcement officials can’t search your phone without a warrant. This law will also cover other forms of sensitive mobile devices, like tablets and organizers.

It doesn’t matter if you’re arrested at a street protest or pulled over for a traffic stop; the sensitive data on your mobile devices shouldn’t be subject to the idle curiosity of law enforcement officers.*

Most of us see this issue from the perspective of law enforcement’s rightful duty in an effort to serve and protect the people vs. a suspect who may have committed a crime.  But what if the tables were turned and someone in law enforcement became subject to a warrantless search of a cell device?  Perspectives might change slightly then as there is not only a need to increase police safety and privacy for police but for all people in society.  Granted the average person is not an offender and should have nothing to hide during an investigation, right?

Perhaps a good place to start is to know any mobile device is fair game and therefore every person should choose to have their default settings automatically log them out of any account.  Then there are text messages that are often retained on mobile devices.

Surely this will be a debate that will continue for quite some time as law enforcement struggle to balance investigative duties between what is deemed as Constitutional rights of individuals in an ever changing data driven world.  So what is your opinion on this matter?  Privacy for Cops would like to hear from you.