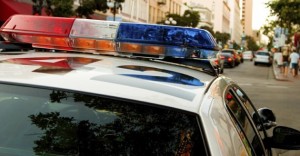 Out of California negative stories about law enforcement often become national news for police officers across the country.  Recently, a Los Angeles officer shot a 22-year old man 10 times, subsequently killing him in a fast food restaurant parking lot.  The man had been tased by the police prior to the shooting and was armed with a three-foot metal bar.  The incident was caught on video by a witness.

In San Diego, County Deputy District Attorney Allison Worden and San Diego police Sgt. Ken Savin B. Friedman were charged with conspiracy to get out of a traffic ticket for a seat-belt law violation, according to a criminal complaint filed Friday in Superior Court.  They both face “a misdemeanor charge of criminal conspiracy to obstruct justice, and two misdemeanor charges of altering or destroying a traffic citation, according to the complaint.”

The awful actions of a few police officers unfortunately hurts the image all of law enforcement causing the general public to lose trust.  In a profession that is as rewarding as is high profile and dangerous, the public perception of law enforcement is vitally important.  Police safety and the ability of law enforcement to keep us safe rely heavily on the cooperation of the local community with law enforcement.  That cooperation is affected by the level of trust that individuals have toward officers.  If the community trusts law enforcement, crime will be reduced and crime solving will increase.

The truth is a majority of law enforcement officers operate ethically and morally, risking their lives in a profession that does not get enough ‘Thank you’s.’  Despite what many think, police officers are subject to the same laws that everyone else is subject to and a majority strive to obey them.  So when the actions of a few in law enforcement are called into question, the entire profession suffers which makes it important that police privacy is maintained to protect officers and their families from radicals in the general public.

So what are some ways that departments can minimize the negative impact of bad policing and increase positive public perception?  Departments can to the following: