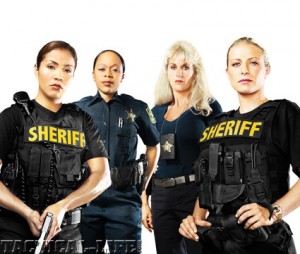 March is Women’s History Month.  In honor of women throughout our state and around the country, Privacy for Cops is dedicating this post to women in law enforcement.  Women in general make up approximately 13% of police officers across our country according to The National Center for Women and Policing  compared to in 1970 where only 2% of police officers were women.  These statistics are national averages as in some police departments the percentages are higher moving toward 15% like in The New York Police Department.

Alice Stebbins Wells, a graduate theology student and a social worker, joined the L.A.P.D. as the nation’s first sworn policewoman. She saw a need for woman in “modern” police work and secured the signatures of many prominent citizens on a petition which she presented to the City Council. She was appointed officially on September 12, 1910 and assigned to Leo Marden in Juvenile Probation. She was issued a Gamewell key, a book of rules, first aid book and a man’s badge. (Later she received Policewoman’s Badge #1.) Wells designed and made her own drab blue and severely tailored uniform for formal occasions.

In 1915, Wells founded the International Association of Women Police which continues to provide a forum for exchanging ideas and encouraging the use of women in important law enforcement roles. She was instrumental in the creation of the first class specifically dealing with the work of women officers. The UCLA Criminology Department first offered the class in 1918. In 1928 Wells co-founded the Women Peace Officers Association of California and served as its first president.

When it comes to women police chiefs in California, Los Angeles County has the highest concentration of municipal agencies with female chiefs according to a recent article by Jessica Bernstein-Wax in the Marin Independent Journal with numbers dramatically increasing in Marin County.

So for Women’s History Month, let’s celebrate all women law enforcement and the extraordinary contributions they make to keeping our communities safe and fighting crime.

Note:  The work of the fine women and men police officers is a critical mission.  Support police privacy and police safety by sharing  the Privacy for Cops privacy kits with someone in law enforcement or their family today!