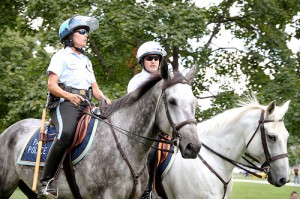 Over the years, there has been an increase in the number of fatalities and incidents involving female officers on the job, and there are experts that say this is due to the fact that both males and females receive identical training. While equality on the job is, of course, important there are some fundamental differences in the genders and the tactics that they can use for effective police work. In order to better prepare female officers, training programs should take the following into consideration: